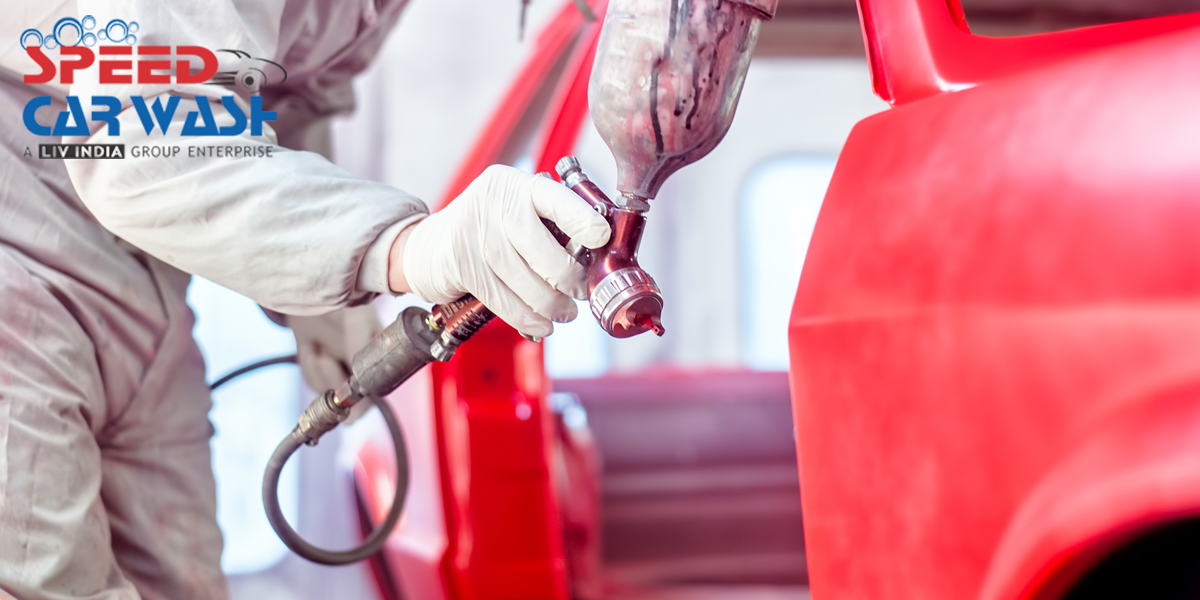 Americans love our cars and, considering their importance to our employment, our recreation, and our personal independence, it’s important that we take care of them. But there are many threats out there that can make short work of even the best modern clear coats and paint finishes, leaving your ride looking dull, damaged, and neglected. Here are seven of the worst sneaky threats to your car’s paint job and what you can do about them.

The sun is the power source that drives our weather, feeds plant life, and energizes the new solar power networks popping up across the country. With so much intense energy unleashed on a constant basis, it’s no surprise that vehicles that stand out in the sun day-in and day-out begin to discolor and bleach as a result.

The reason has to do with UV-A and UV-B radiation, two different types of solar energy that have different damaging effects on your vehicle. UV-B, with a shorter wavelength, is rapidly absorbed by plastics and rubbers, heating them and breaking down chemical bonds so that they become brittle, dried out, and discolored. Without good shielding UV-A, with its longer wavelength, is also able to penetrate deep into your paint layers and dry out resin, leading to cracking.

Fortunately, UV Rays can be blocked with the regular use of a number of different products, including vehicle waxes and sealers like Simonize, Slipstream, and various kinds of tire gloss.

We’ve written before on the properties of rain water and why rain water doesn’t lend itself to a good car cleaning. But in many parts of the country it’s even worse than that—thanks to acid rain.

Even low levels of acid rain can quickly wear down the different surfaces on a vehicle, resulting in marked discoloration and clear-coat deterioration in a just months. If you live in an area that receives highly acidic rainfall, keep your car indoors in a garage as often as possible (rather than storing it outside) and consider scheduling your regular car washes after big rains. Remember, car washes use carefully treated water that won’t mark or mar a vehicle surface, and packages that offer a protective layer of wax and sealer help dramatically limit long term damage as well.

A little dirt won’t hurt, right? Well, while everyone knows that a dirty car looks bad, the truth is that the dirt itself can damage and degrade a vehicle’s surface just the same as the other threats on this list.

Some soil can be more or less acidic than others (based on location), and some soils will contain more or less organic material which then decomposes via a number of different chemical reactions. The dirt itself will eat away at the paint below, tearing apart chemical bonds and attaching more firmly to the paint over time. Just look at old cars stored in dusty garages for decades. Even without moisture or sunlight, the wear and discoloration is obvious and often severe.

The solution is simple: keep your car washed! A simple wash on a monthly basis or after long trips and muddy excursions goes a tremendous way towards limiting paint damage and maintaining the vehicle’s appearance. Your car will look better in the short AND the long term.

As cars and trucks drive they kick up all kinds of pebbles and grit, most of which is then sprayed back behind them. While bigger rocks are the main concern, as they can easily put cracks in a following vehicle’s windshield, even small pebbles and debris can create disfiguring chips and fractures in a cars’ surface when they impact. Those tiny chips, as bad as they look by themselves, then open up the material below to oxygen and moisture—the perfect recipe for rust development.

Fortunately there are cheap and effective clear coat repair products available at your local hardware store, which allow you to cover and polish over these spots before they get worse. To minimize damage you should also avoid unpaved roads and be careful not to follow close behind overly dirty, rock-spraying trucks on the freeway.

Bugs are an annoying seasonal problem that can seriously limit visibility during certain parts of the year. But after you power through a cloud of insects on the freeway it isn’t enough only to make sure that your windshield is cleaned and clear. You should also take the time to give the front of your vehicle a deep and thorough cleaning.

Bug guts form a thin slime as they are sprayed across your vehicle’s surfaces, a slime that is then polished down by wind and hardened into a cement-like film by the heat of the sun. Unfortunately, this disgusting-looking protein-based mess tends to be quite acidic, and as it sits in place it etches downwards against your vehicle’s surfaces and paint. Over time this can cause serious damage, changing the color of the paint and leaving grooves and marks on the surface.

The best thing to do, then, is to simply clean your car regularly during bug season. Find a car wash with special presoak services designed to loosen and remove baked-on bug guts and remember that all Totally Tommy facilities offer this powerful bug removing service.

If you’re from a warm climate you may not know much about road salt and you should count yourself lucky to avoid it. Road salt, usually the same simple sodium chloride as table salt (though not as refined and certainly not safe for consumption) is dumped by the hundreds of thousands of tons on snowy northern roads in order to melt snow and keep roads clear of ice. While obviously better for public safety, the application of this salt has major drawbacks.

Firstly it’s an ecological nightmare, one that results in the pollution of our lakes, streams, and rivers for many months out of the year. Secondly, road salt is less effective the colder it gets and may stop working at any temperature under 20 degrees F. Finally, it’s very dangerous to vehicles, especially to paint. Road salts can trigger and accelerate rust, ruining a vehicle’s finish long before its time.

Think of salt as a catalyst. Iron and steel rust when they come into contact with water and oxygen, their metallic structure converted into the crumbly red rust of Iron Oxide. Salt jump starts this process, dissolving into the water and adding free ions that tug more powerfully on the metal molecules.

This is why it is vital that car owners remove salt as it builds up, particularly underneath the car where metal is more exposed and where the salt from the road is kicked up by the wheels. Under body rinses and high pressure washes can blast those corrosive agents away before they have time to eat at the paint and protective coatings that protect your vehicle’s structure from rust.

And keep in mind: once rust gets started it is nearly impossible to stop.

Using water from one single bucket, even water that is clean when you start washing, transfers grit from the car into the towel which is then scraped against your car’s surface, leaving marks and damaging the protective layers above your paint. The same goes for the scratchy side of kitchen sponges, which will damage surfaces, requiring professional polishing to correct. Even some rough towels can buff away the shine.

The detergents you use are also an issue. The dish soap that most people use and other makeshift cleansers that aren’t specifically designed for automotive surfaces will also react with protective layers in the paint, stripping them away and leaving cars dull, damaged, and far worse off than before. Additionally, hard water from the hose can leave spots and streaks that may be difficult to remove. 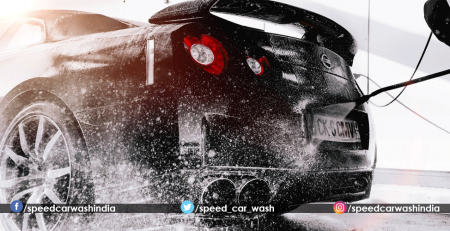 Cleaning the car is a job many of us put off, which is very hazardous for car paint and... read more 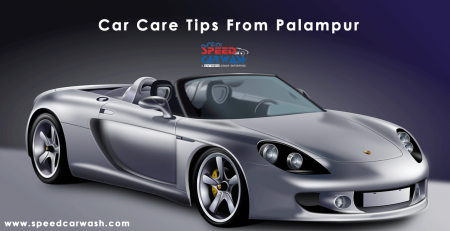 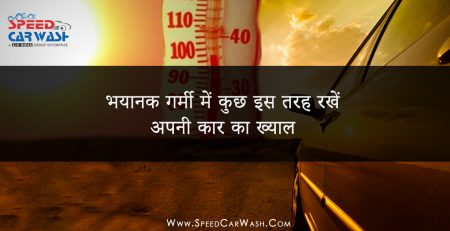 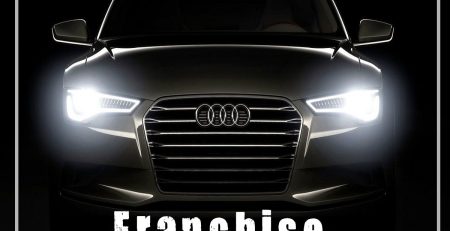 Is It Time to Franchise Your Business?

Franchise Business Do you have dreams of owning the next Starbucks? Are customers clamoring for your product or service outside... read more 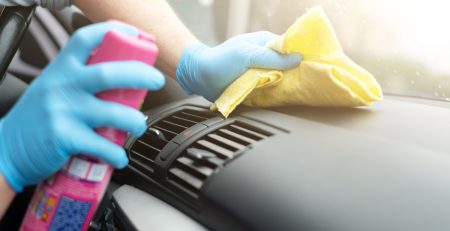 India is right now on lockdown contain the coronavirus (COVID-19) pandemic that is tormenting the whole world. In such... read more 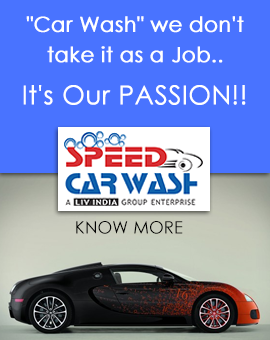